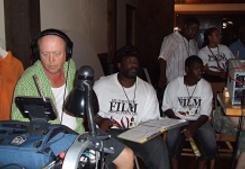 of supporting a film and commercial industry.  This is quite evident here in

Memphis where I am. They are not able to support a film crew.  The last two

from out of town, and this is money and revenue loss to the city and county, this

is money/jobs that have gone out to other cities and states. It is important for all

the different communities to have a trained crew.  There needs to be a support

staff that can support production in Louisiana, especially since the cost of travel

is so expensive and such a long drawn out process.  I worked on your last student film project [The Glass Chord], which I praise very highly.” 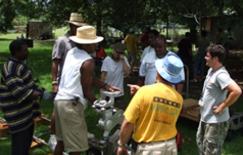 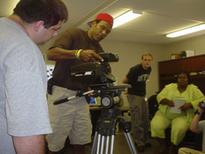 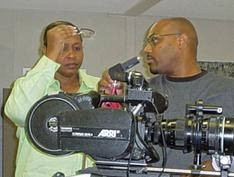 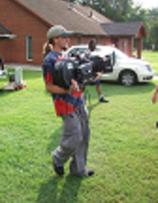 “It was an extreme pleasure to be a part of the film production class with the LTC Jumonvillle students.  I felt privileged to work with Emerald Bayou Studios and alongside fellow professionals from Louisiana training others to work in the film industry.  It is about time someone took the people of Louisiana serious enough to train them to be a part of an industry that loves to conduct business in our backyard.”

What the Instructors Are Saying . . .

“I had the opportunity to work with Emerald Bayou Studios as an instructor in the introductory program. The experience for me was completely amazing. I remember walking into the class and meeting 24 students who were all on fire about the possibility of working in the film industry. These students showed up for class every single day and were enthusiastic about learning. The effort they gave was like nothing I had ever seen in my 12 years of working in the film industry.

I have traveled all over the country and have single-handily given film opportunities to so many people, specifically minorities. In the end I was “honored” to help these students take an important step in realizing their dream of working in the film industry.

​I want to thank and commend both Marquetta Cheeks and Linda Thurman of Emerald Bayou Studios on how beneficial their tireless work has been. I am proud to say that I was able to bring on some students from the introductory program onto the feature film set of Mama I Want To Sing.” 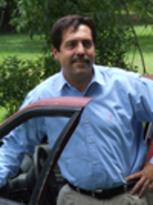 Working with professionals was the greatest thing.  Cause they were just
normal people who took you under their wing and showed you what it took to make it work.  They treated you as equals, they called you brother, they called you friend.  It was an experience that I’ll never forget.

Update: went on to work in broadcast television. 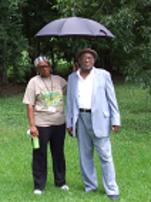 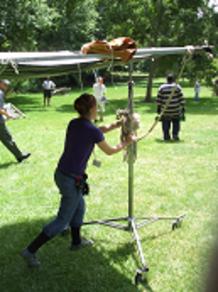 This has changed my vision as far as my future goes because.  I’d heard about people coming down here from La and New York coming down to make films.  And I wanted to be a part of it but I didn’t know I could get in.  But it was something that as a child I was always interested in entertainment.  And now that I have this opportunity to do it I can see how it can be a part of my life. I worked in the audio department.  We worked with a father and son team and they were meticulous and particular about walking us through everything.

Update: Went on to work on a number of industry projects in the grip and electric departments.

The difference between the entrance interviews and the exit interviews is dramatic.  Students came in with a dream of getting into the film industry but not really knowing exactly what the film industry had to offer them. When I visited the last shots filmed at dockside, it was really
remarkable to compare the student crew with the first time I saw them on the set.  They were really professionals.  It was a quiet set, everyone was doing.  It looked like a well- greased machine.  I got to talk to a couple of extras that worked on other movie sets and they were really impressed with our students.

Getting a chance to work with Keith Smith and for him to be my mentor -- I mean I loved it.  I liked being around him and learning new things from him.  I would recommend this program to people. I’m fresh out of high school and I’m making film, something I’ve wanted to do for the longest.  I’m a trainee director!

What the Trainees Are Saying . . .

“My dream was to move to Hollywood and write and produce movies of my own.  A year ago, I heard about LTC-Jumonville and their new film program.   This program, unlike others I’d looked into, would teach students about film production and video production. After graduating from the LTC-Jumonville film program, I worked on two
movies, “DreamBoy” and “A Good Man is Hard to Find”.  I am also scheduled to begin work on another film this summer.

The LTC- Jumonville facility in association with Emerald Bayou Studios provided me with the education, mentoring and motivation needed to succeed in the entertainment industry. It indeed proved to be an opportunity of a lifetime.”

Script supervision was interesting because by me wanting to be an aspiring actor it was interesting as far as pointing out the mistakes that can be made on the set.  Because I mean before I got into this class I just thought that maybe whenever it’s time to do acting you just get off on the set say your lines and then you just walk off.  But it’s not like that.  You may take ten takes. You may take 15 takes because there was something missing.

We are working together to do a short film.  We’ll be able to tell others look at
what we’ve achieved.  Look at what we’ve done.  We came in here not
knowing much and we’ll leave here with more knowledge, more understanding of
the film industry. And then -- the opportunity to be able to work in Louisiana!

My family is fired up.  My mom, my dad, my step dad, they think this
is a really good choice for me.  My mom is really excited.  I got to bring
her out, she was an extra in the movie.  She got to see how much
work we did.  She didn’t realize how much work went into just setting
up one scene.  She was really proud of me. I basically learned that no
matter what you do your job doesn’t end where you stand.  You have
to go above and beyond really in every situation to make it better for
others and yourself and the finished product. I learned that you might
find something to do that you had no idea that you were interested in.
They put me in the camera department.  I had no interest in camera

department until I started working in it.  It really is pretty cool.

fell into my lap. ​Through the LTC Film Production class, this allows me to take a

theater.  This was a huge step for me because I had to quit my job and move to the

other side of the state.  But it was not a hard step to make or a hard choice to make.

I would tell my peers that taking the LTC program merging with Emerald Bayou
Studios and having the Homegrown Workforce Initiative available is very exciting
and fun and at any age it’s a great opportunity to not have a normal job and not
​have to work 9-5 for the rest of your life.